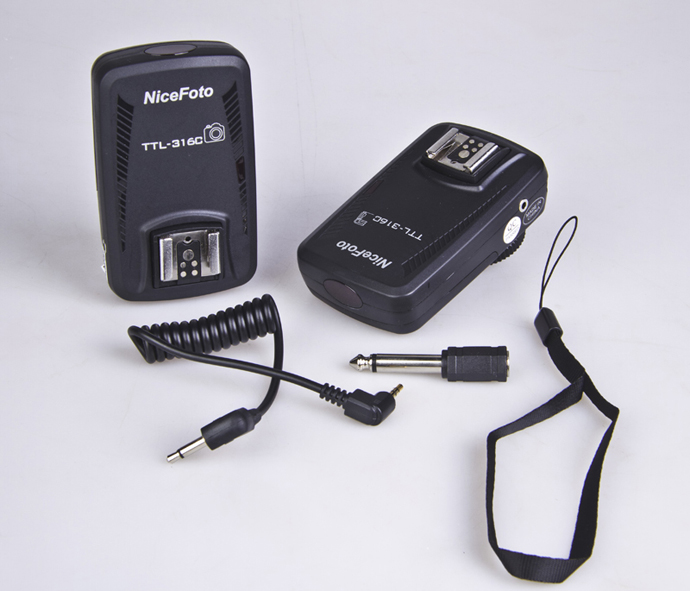 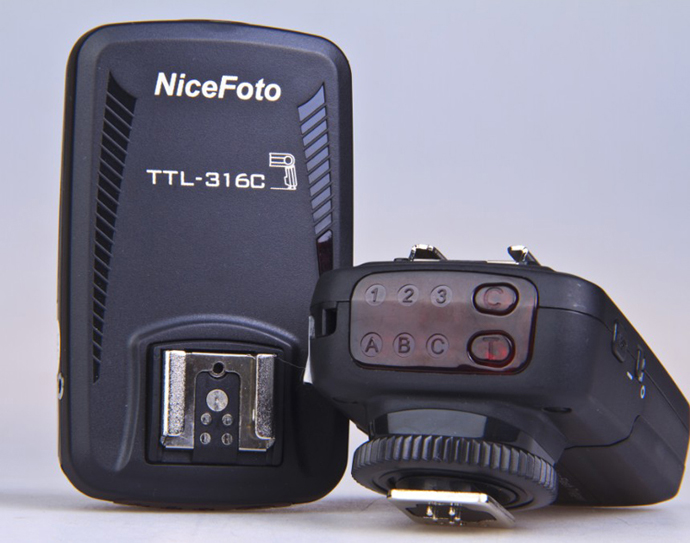 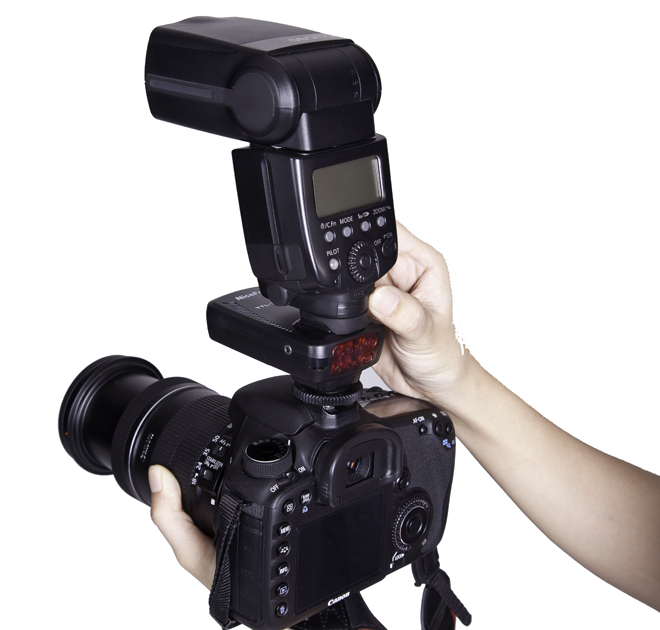 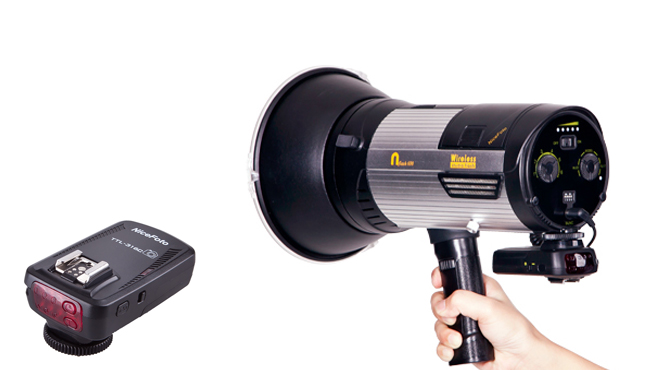 The TTL-316C interface operates through the Canon cameras flash control menu like the Pixel King and YN-622C.

The TTL-316C are more like the Pixel Kings though in that they are separate transmitter and receiver units, and not transceivers like the current YN-622C which can act as either transmitter or receiver.

This means receivers can not act as back-up transmitter units. But the receivers can at least have a threaded mounting hole in the foot, which can be a more secure and convenient way of mounting them –

NiceFoto are also promoting the TTL-316C as providing sync speeds to 1/8000th with their N-Flash and some other studio lights. And at all power levels. Which confirms the N-flash has quite long flash durations (which would be required to achieve this).

This is the long flash duration method of achieving higher sync speeds, often known as “SuperSync” or “HyperSync”, and uses the long slowly depleting tail of a flash pulse to act as a constant light source while the camera shutter is open.

There is no pre-sync timing adjustment on the TTL-316C though, so results can not be tuned to achieve the most light in a the frame, or remove any shutter curtain if needed. The coming YN-622-TX will provide this adjustment, and the Phottix Odin already does.

Nicefoto have posted a (rather long) promotional video describing the TT-316C functions below.

I don’t really know who has engineered the TTL-316 with NiceFoto, but its unlikely they would do it all themselves at this point. If I had to guess I would say these may be based on the original Pixel King format, but with the newer processor of the King Pro (making them faster and more stable than the original Kings).

That’s really just my guess at this point though, based on similarity with the early promotional material below. And the fact that Pixel also have Nikon and Sony versions engineered, as the brochure shows are also coming from NiceFoto –

Manufacturers often don’t really like anyone mentioning who actually makes what. And I can understand that. But knowing which triggers these are based on, then instantly opens a much larger existing user base, and pool of knowledge of what they are likely to be compatible with, and how they are likely to function.

Otherwise the market is likely about to get flooded with inexpensive TTL triggers now that generic TTL trigger software is available. And they will probably work half decently, but when you do run into quirks or compatibility issues it will be much harder to get support from existing users (or the companies themselves).

One other thing I found really interesting though is this new shoe mount with elastic strap for mounting receivers. Now that I see this I’m amazed it hasn’t been done before!

This could be really handy for mounting receivers in a number of places. But also even for mounting transmitter units to an on camera flash etc. The video shown further above shows this mount in its own box, so I will check with Grace from ThePhotoGadget.com if this may be available separately.

The TTL-316C are stated as TTL compatible with –

But like the YN-622C and Pixel Kings, full function will require a camera with flash control menu, and MK II style Canon flashes.

As mentioned previously, if we can eventually confirm if these are base on the Pixel King / King Pro, that would really help with third party flash compatibility, and function and reliability in general. If not the YN-622C are not that much higher priced, and a much better known quantity at this point. So going cheaper may not actually stack up to be as good value.

Another thing to consider now is that radio triggers are fast moving to being directly built into flash units. So its also worth considering if the triggers you purchase now are likely to be compatible with any coming radio flash units as well. 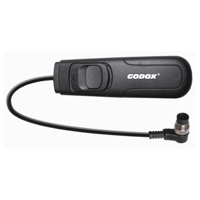 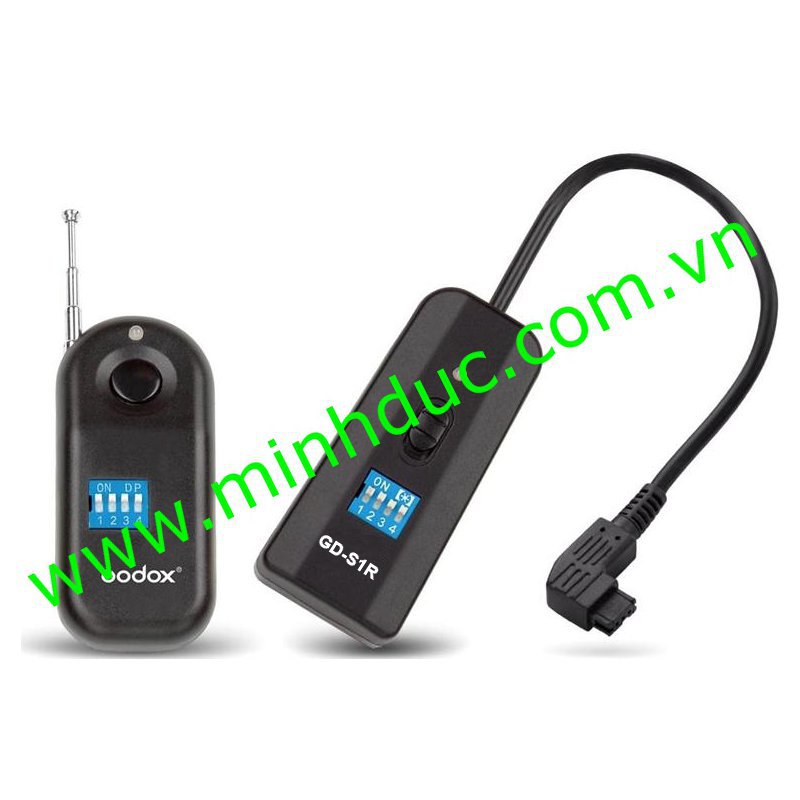 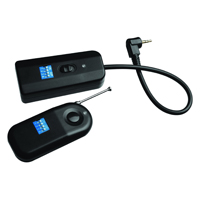 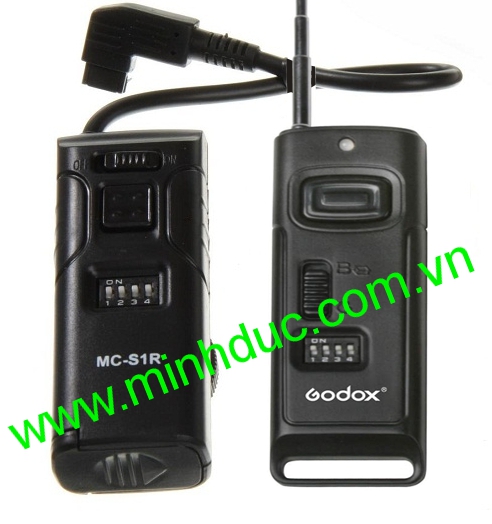